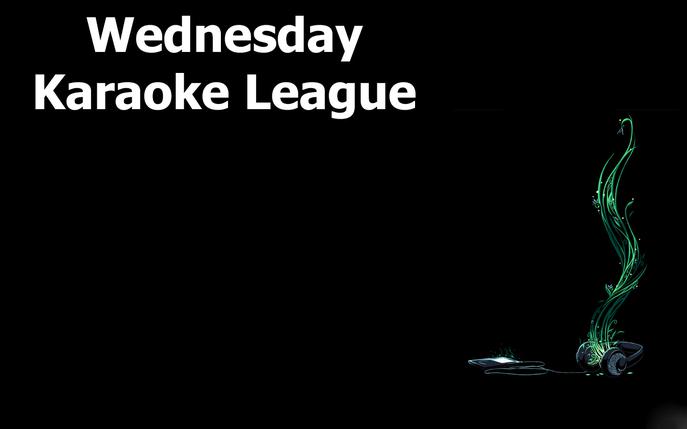 Pick two songs that are on your workout playlist and perform them.  (If you don't have one, looks like you get to pick practically anything!!)

You'll perform two songs by singing groups with at least 2 family members in them.  There are actually more of these than you'd know existed.  A few examples are Dixie Chicks, Heart, Jonas Brothers, Pointer Sisters, Van Halen, Styx, Kings of Leon, etc..

Pretty easy stuff!  Perform two songs from either the 50's, 60's or one from each one.  Make sure you dress the part, if you can.

This theme is a lot more difficult.  You'll have to choose two songs that have either won an Oscar for best song, or at minimum, have been nominated.  Regardless, I've looked at both lists, (winners and nominees) and I couldn't hum a line from 98% of them.  Could be a very difficult theme. If you notice the map, North America is missing.  That's because you're going to have to pick two songs from any of the remaining continents, there are 6 remaining, however I don't think there are any noises coming from Antarctica except for maybe, the odd penguin, so in reality, you'll be down to 5 continents.

Ok if you're rebellious by nature, you'll love this theme.  Fight the Power, yada yada yada.  It's your night to stand up and PROTEST!  Find a couple of songs that fit the theme.

Too simple.  Two Beatles songs, that's it!  Grab a geeky looking wig, put it on and hit the stage!

Pick two songs that "give you shivers" when you hear them performed.  If all goes well, we should all have to dress warm for this week!

Interesting premise....So, you're going to be singing a couple of songs that Cam (me) sings.  If it looks like this one will be voted in, I'll provide a lengthy songlist.  Until that happens, you'll all have to speculate what that songlist contains.

Some of you wanted this theme in again because it didn't get voted in last league.  Well, if it's chosen as a theme, you'll all be singing a couple of good ol' homegrown Canadian tunes.

Again, another theme night that we've done in the past, but you all want another chance at doing it.  We are going to keep this one open to strictly movies this time.  No television or broadway shows, your songs will have to be from movies.  In fact, make sure you know which movies that your songs come from, you may be asked.

Lol, when I was a kid, I know myself and all of my friends believed it was definitely some kind of illness associated with liking this music, so I get the "fever" part of it.  All kidding aside, we are doing 70's disco on this night.  There was alot of "music" crammed into those few years when disco was popular, so it shouldn't be hard to find a couple for you to sing.

Well, it is winter and it is cold here.  I know that we have another theme that includes the "hot" as well as the "cold" but this one is simply about COLD.  So pick a couple of songs about being cold, whether it's physically or emotionally, it doesn't matter.

Another repeat of the past.  If this theme gets chosen, it'll only be for participation purposes, meaning everyone in attendance will receive 1st place points.  Be prepared to sing in a single knockout tournament in which you may sing as many as 4 or 5 songs or as little as 1, depending on how you do.

Yup, this was asked for .....again.  Guys will sing songs normally done by girls and vice versa.  Make sure to dress the part.  As an added feature, I'm sure Bruce will be strutting around in a different outfit every night, only if this theme gets chosen of course.

It's a theme about winning and losing, good luck and bad luck.  Find a couple of songs that fit this description and go for it!

Hmmm, Gender Bender and Girl Power possibly in the same league?  How many outfits do you have Bruce?  I didn't see anybody requesting "manpower" so it could happen.  Pick two songs that you feel empower women, or simply "speak" to you as a woman.  Guys, I guess you'll just have to try and put yourself in a woman's position to figure this one out.

This theme is a lot more "singer friendly" than the Oscars theme, atleast that's my perception.  You get to choose from a long list of winners and nominees that go back to 1959 and believe me, you'll know most of these songs.  For a complete list, go to wikipedia.  Make sure you get dressed for the occasion, after all it is an awards show!

A little good a little bad, a little heaven and a little hell.  Give us one of each.  Something sweet and something not so sweet.

Like I mentioned earlier, this one also includes the "hot" and not only the "cold".  So, find something with either hot or cold in the title, there's not shortage of songs.  Hot For Teacher, Cold as Ice, Cold Cold Heart, Hot Hot Hot, blah blah blah, you get the picture?

Sing a couple of songs that make you want to hit the dance floor every time that you hear them.  Make sure your songs are energetic and fun.  No ballads on this night, please.

Pick two songs that are of the genre, Heavy Metal.  Pretty simple!  Get out the leathers and the studs, let's make those ears bleed!

To some, this could be the most frightening night ever.  The TV's won't be playing the words on the screen for you, you're going to have to know them.  Strangely enough, this theme was requested by more of you than any other one so far.

We've done this in the past and as recently as a couple of weeks ago for our Monday Karaoke Club.  What is a one hit wonder?  Simply put, a band that has had one big hit.....and then you wonder what the hell happened to them?  There are a bunch, more than a bunch actually.

Pick two songs that either have a body part in the song title or are about specific body parts.  Again, there are no shortage of choices here.

Sing a couple of songs about subjects that you'd rather be pursuing.  Maybe it's fishing, shopping, sailing, drinking beer?  Whatever it is, it's got to be something that resonates with you.  Give it your best shot.

This theme practically covers every song in the history of songs, lol.  Pick two songs that include some reference to lust, gluttony, greed, sloth, wrath envy or pride.  This one is way too easy.

​With all the talk and threats about turning the world "green" let's pay homage to the combustion engine.  So in this theme, it's about cars, trucks, planes, trains, ships, space ships, etc.  No songs about a Prius or Tesla, lol.

No need to get dressed up or "perform" because your voice is all you're going to need.  We've got a partition that will section the judges from the singers and they will not be able to see who is doing the singing.  So, if you want to sit on the floor or lay on your back and sing, go for it.  Only your voice will be judged.

Pick two songs, one that is popular now (let's say the last 2 years) and then go back in time and sing a song from the past.  Pretty easy.

I guess if this theme gets chosen, we'll all know how old we all are.  Pick a couple of songs from your graduation year.  If you didn't graduate, then just speculate as to what songs were popular when you were 18 or so.  Easy stuff.
Choose two songs that are out of your comfort zone.  If you are a ballad singer, maybe try and do something upbeat.  If you're a metal maniac, try some country?  Whatever you don't really feel comfortable doing, this is the chance to prove to yourself that you can do ANYTHING!
Songs about food.  Pretty straight forward.  This will include songs that are about food, but may not really be about it....get my drift?  IE. songs like Cherry Pie.  So I'm guessing there will be a lot of songs about sugar, cake, maybe some chicken etc.  Have fun with it.  It will also include any kind of drinks as well.
35 Themes to decide on over the next couple of months.  My goal is to have them chosen by January 1st.
Top Ten Finalists
Becky Campbell
Kody Norton Byers
Jamie King
Ashley Werbicki
Dawson Keller
Jeremy Kuin
Kim Wall
Kasey Johnston
Darla Boese
Melody Wolfe
Spirit Award - Bruce Brodie
Most Improved - Melissa Agarand
Top Rookie - Chantelle Fedosoff
1st place Tuesday - Becky Campbell
2nd place Tuesday - Chantelle Fedosoff
3rd place Tuesday - Angel Wall
1st place Wednesday - Lisa Werner
2nd place Wednesday - Kody Norton Byers
3rd place Wednesday - Melody Wolfe
1st place Thursday - Kim Wall
2nd place Thursday - Jeremy Kuin
3rd place Thursday - Ashley Werbicki